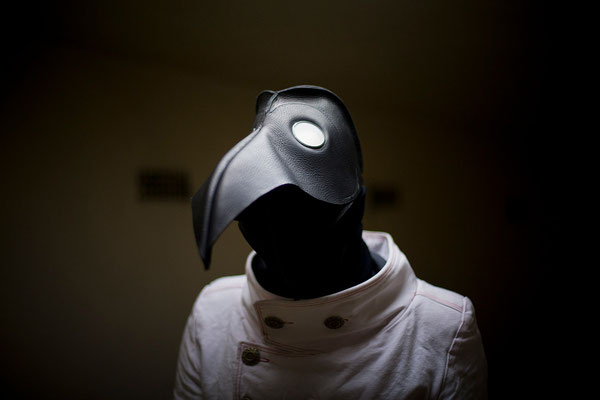 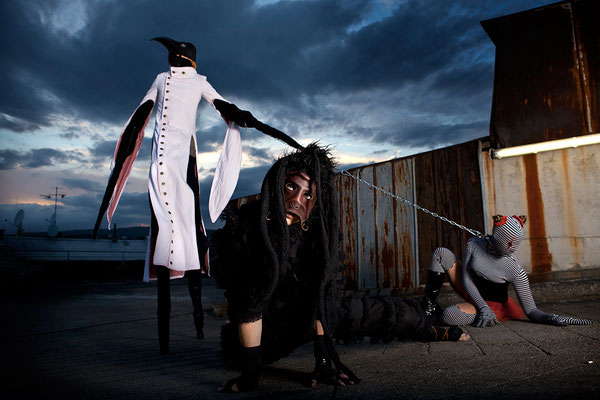 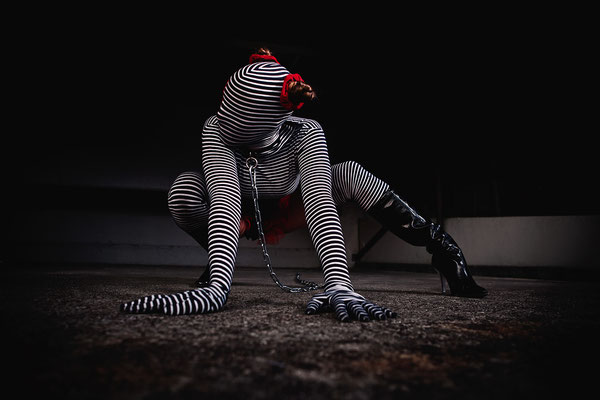 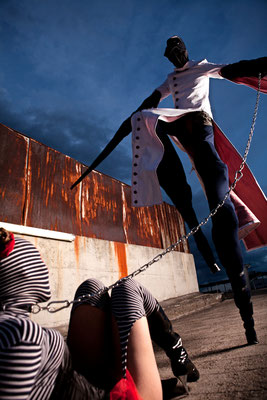 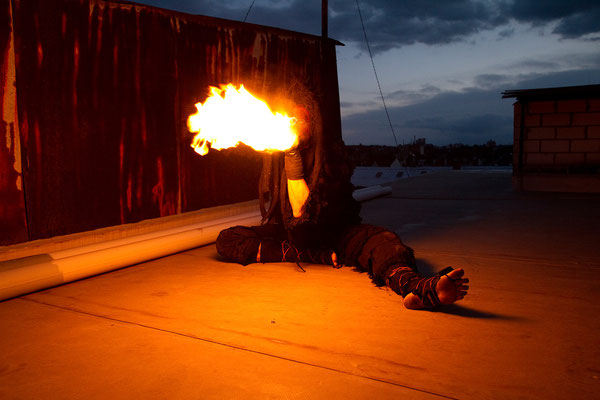 A story about power, will and independence.

The actors of the theater group -undicht-, founded in 2011 in Wiesbaden, equipped with the costumes of Dana Mikelson and Bartholomäus Wischnewski, stage a mixture of classical walking act and theater perfomance, peppered with artistic elements and dance improvisations. The result is a space-independent puppet theater with a lot of sex appeal and live music, which seems to be out of this world.