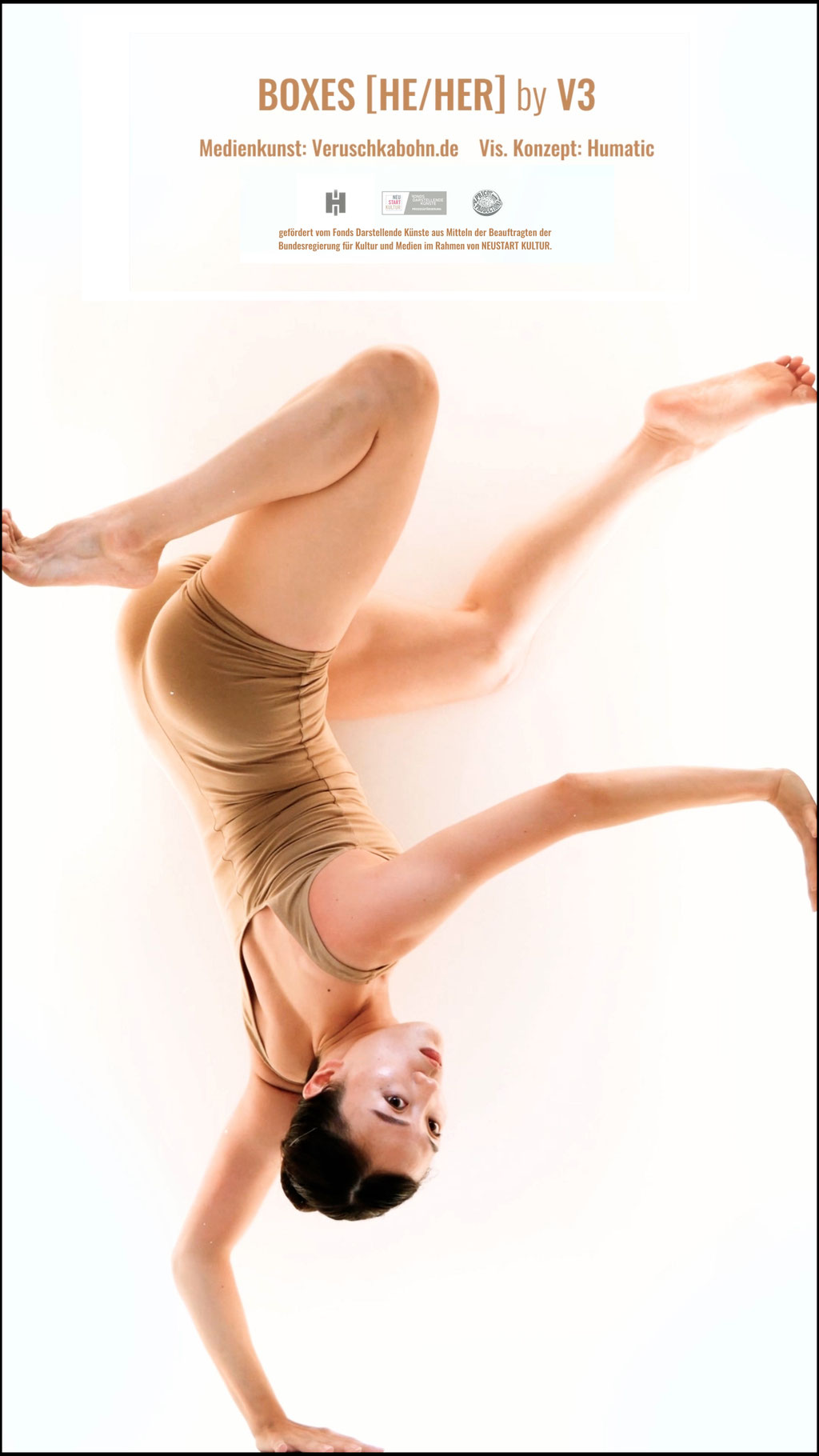 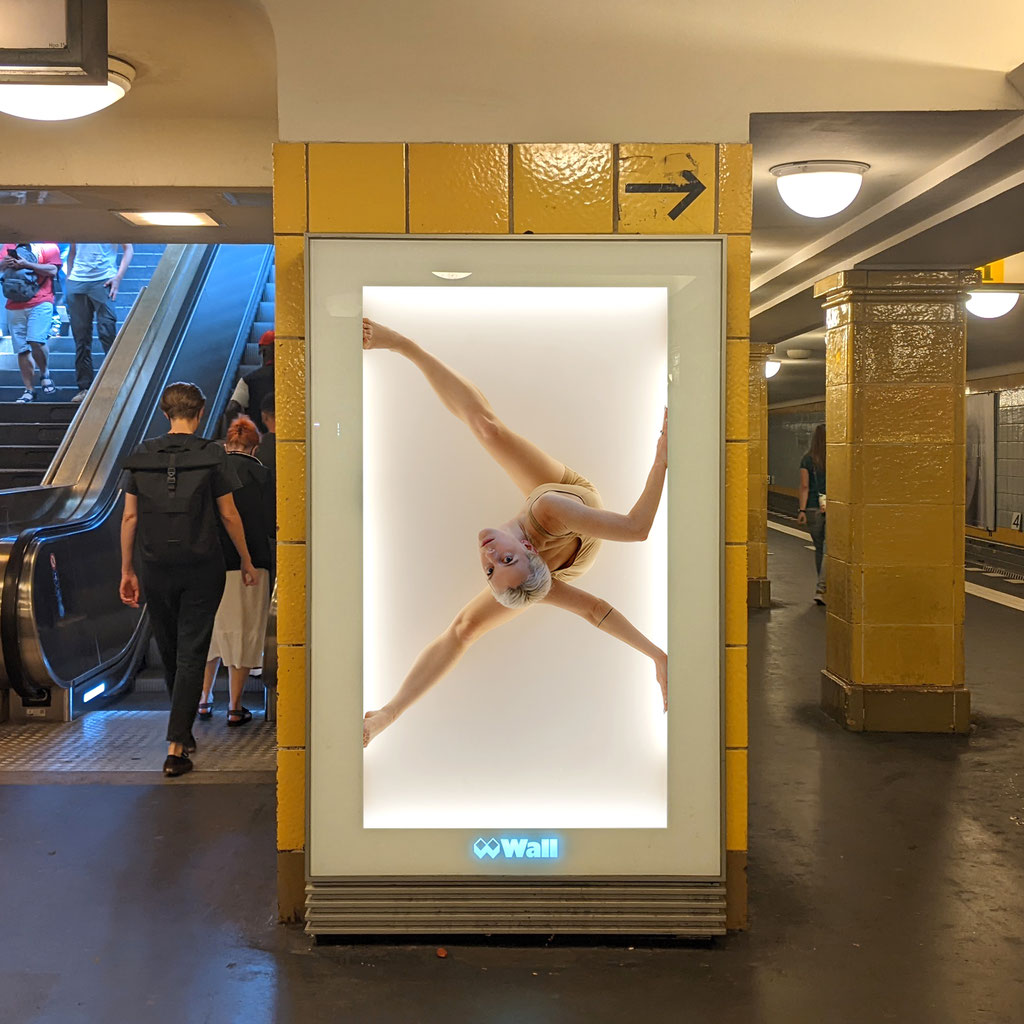 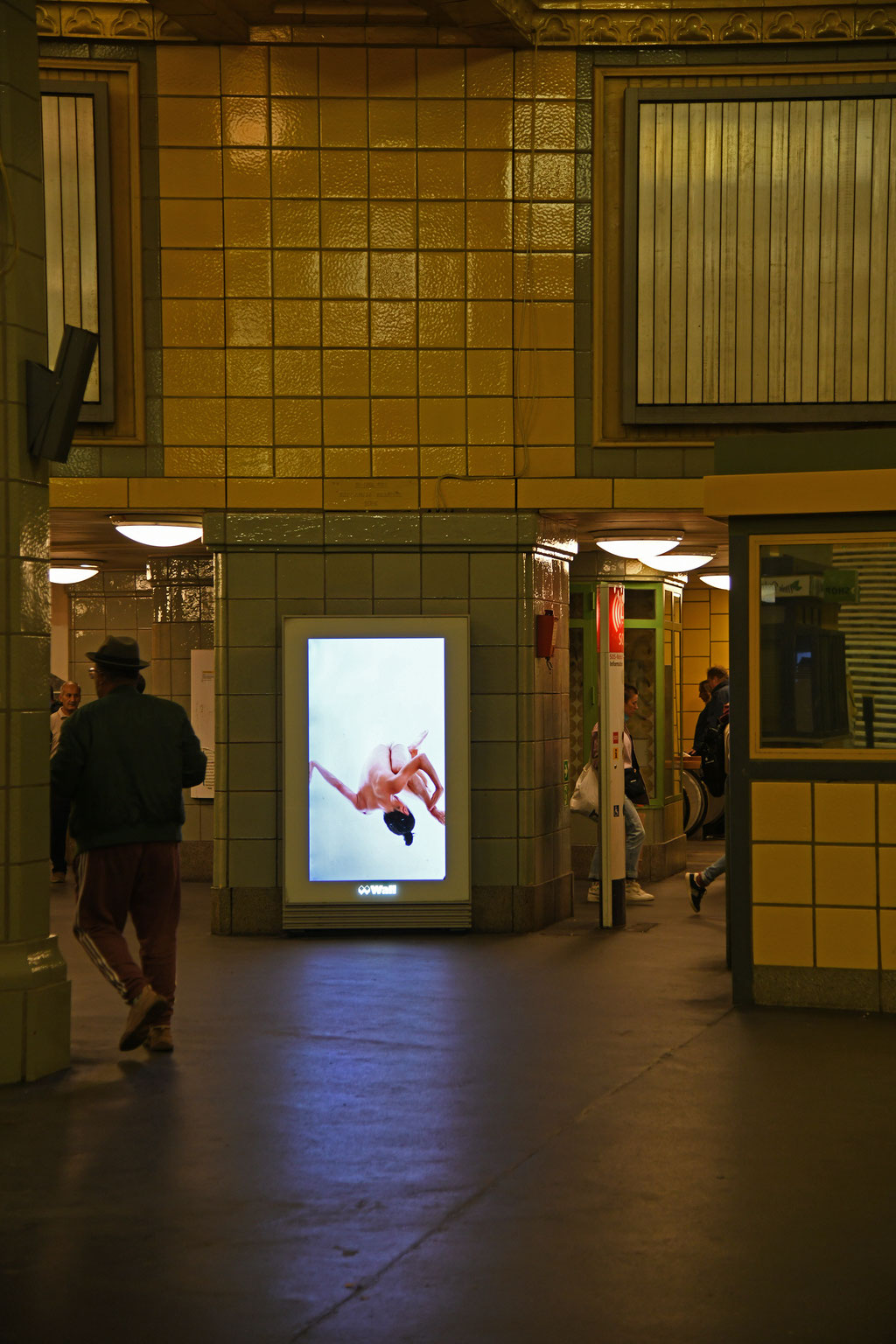 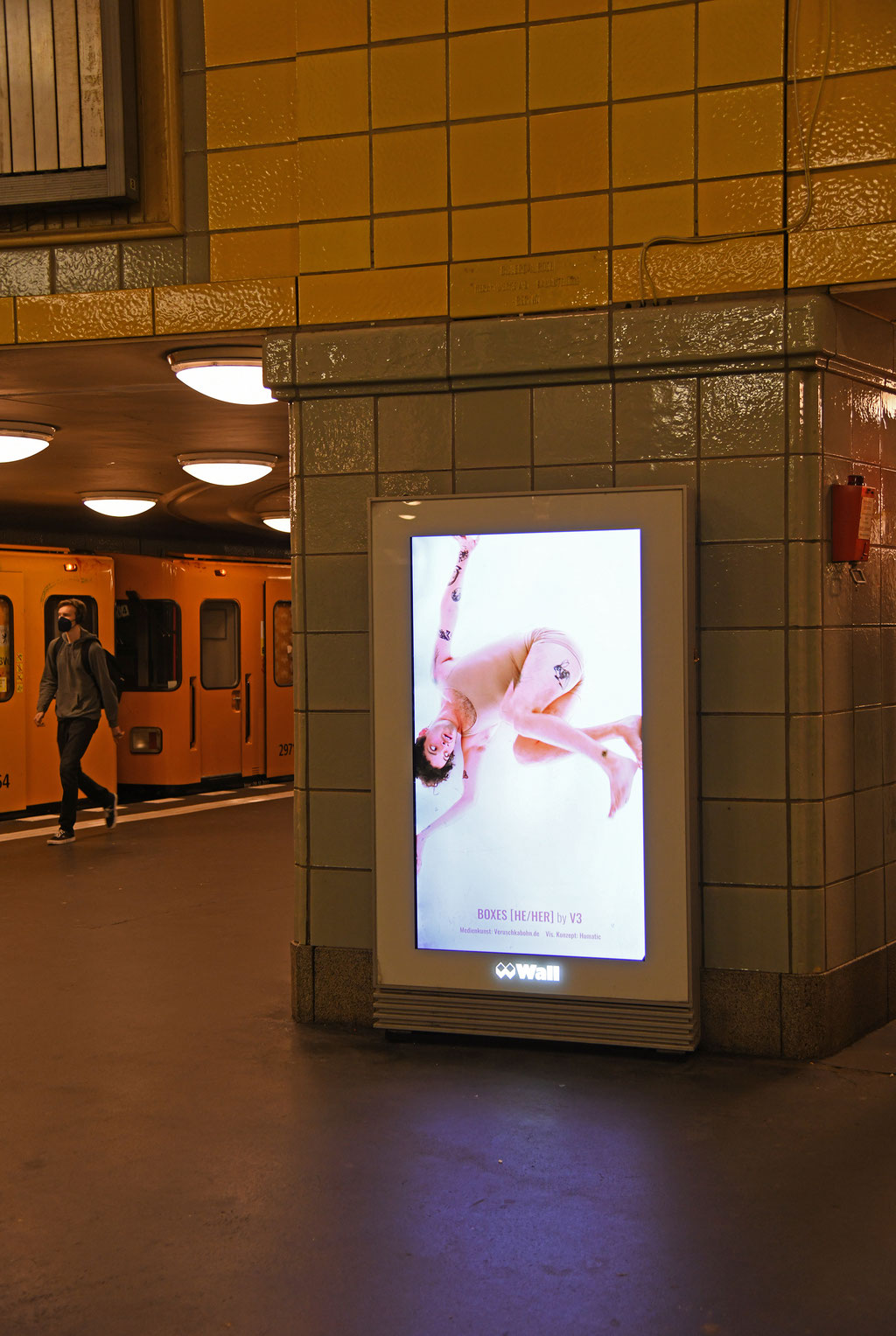 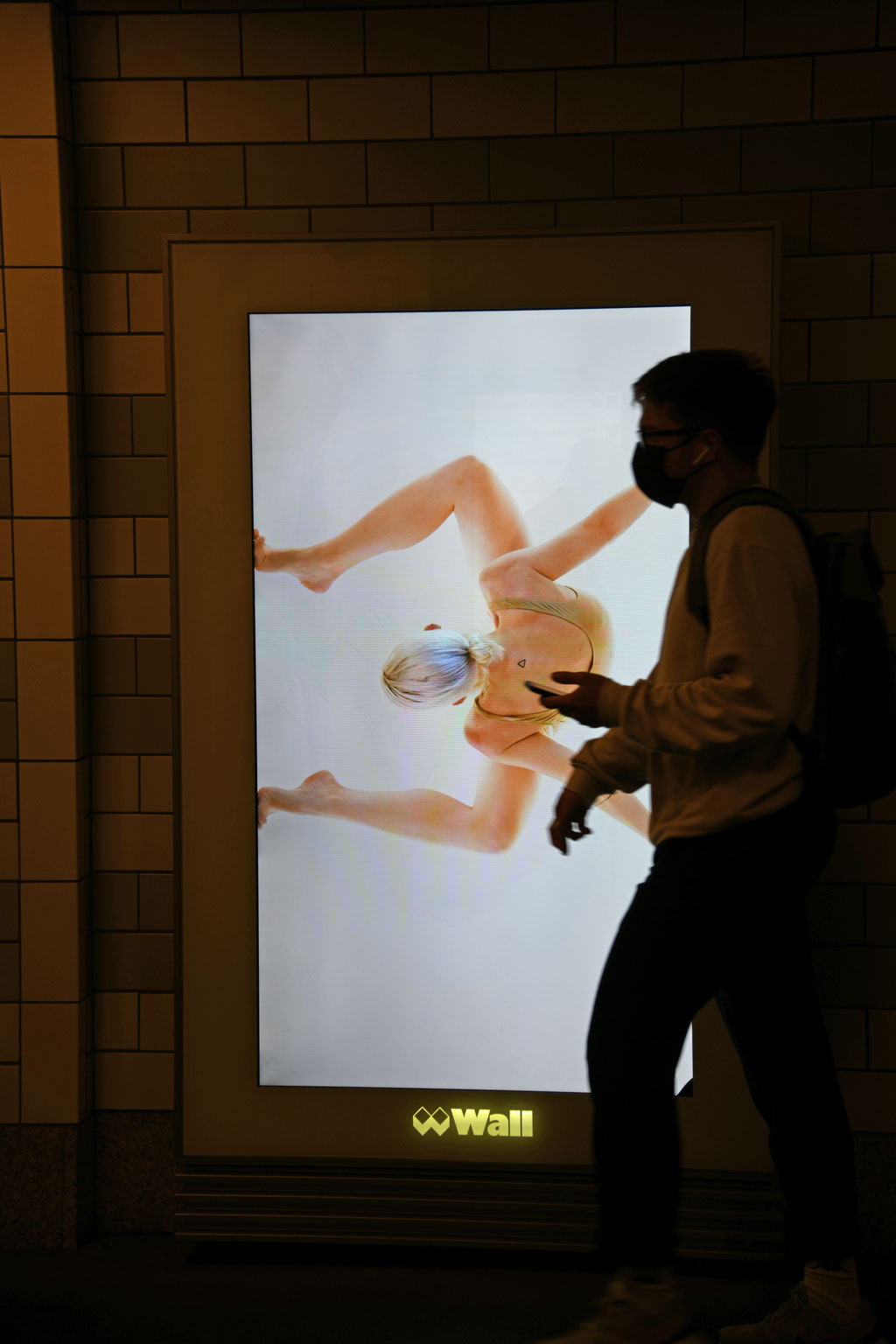 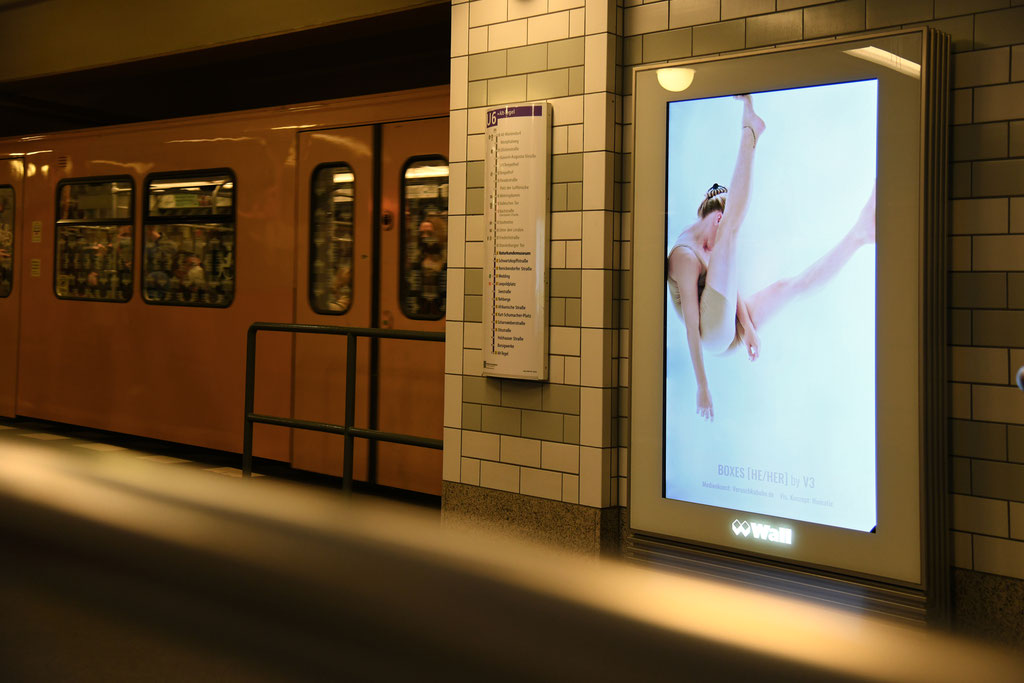 Boxes [he/her] originates from V3's vision to move art to places where it is not expected. V3 invited 16 performers to explore the depth of a flatscreen.

The placement in the context of advertising messages aims to enrich the urban space with moments of irritation and astonishment, reaching even those who otherwise have little contact with performance art. Here, where advertising is initially expected, Boxes [he/her] surprises with the immediate performance of diverse and unadorned everyday bodies.

In the week of September 13th  - 19th 2022 - during the Berlin art week - the video performances premiered on screens of wall between advertising clips and information graphics in the following 4 train stations of Berlin:  Hermannplatz, Potsdamer Platz, Kurfürstendamm, Naturkundemuseum.

The concept and recording set-up of Boxes [he/her] is rooted in Humatic's H_RP series (Re-Performance).

The production was funded by Fonds Darstellende Künste.